Although based in Cornwall (UK) we travel all over the UK trying to locate unusual and exciting bottles for you to enjoy (and ones you’d struggle to find elsewhere!)

Originally selling on eBay as ‘Piskey1‘ (1860+ feedback with 100%) and ‘Pastera‘ (2260+ feedback with 100%), we have instead been concentrating all our efforts on ‘AA Auctions Ltd‘ online sales – These absentee auctions specialise in rarer items that you’d struggle to find elsewhere. We have 4 auctions a year with high quality photo’s, detailed descriptions and some real surprises (including items from some of the wrld’s best collections and several years back the historically important ‘Olive Talbot’ mineral water bottle discovery of November 2014 that really was the talk of the year at the time!) 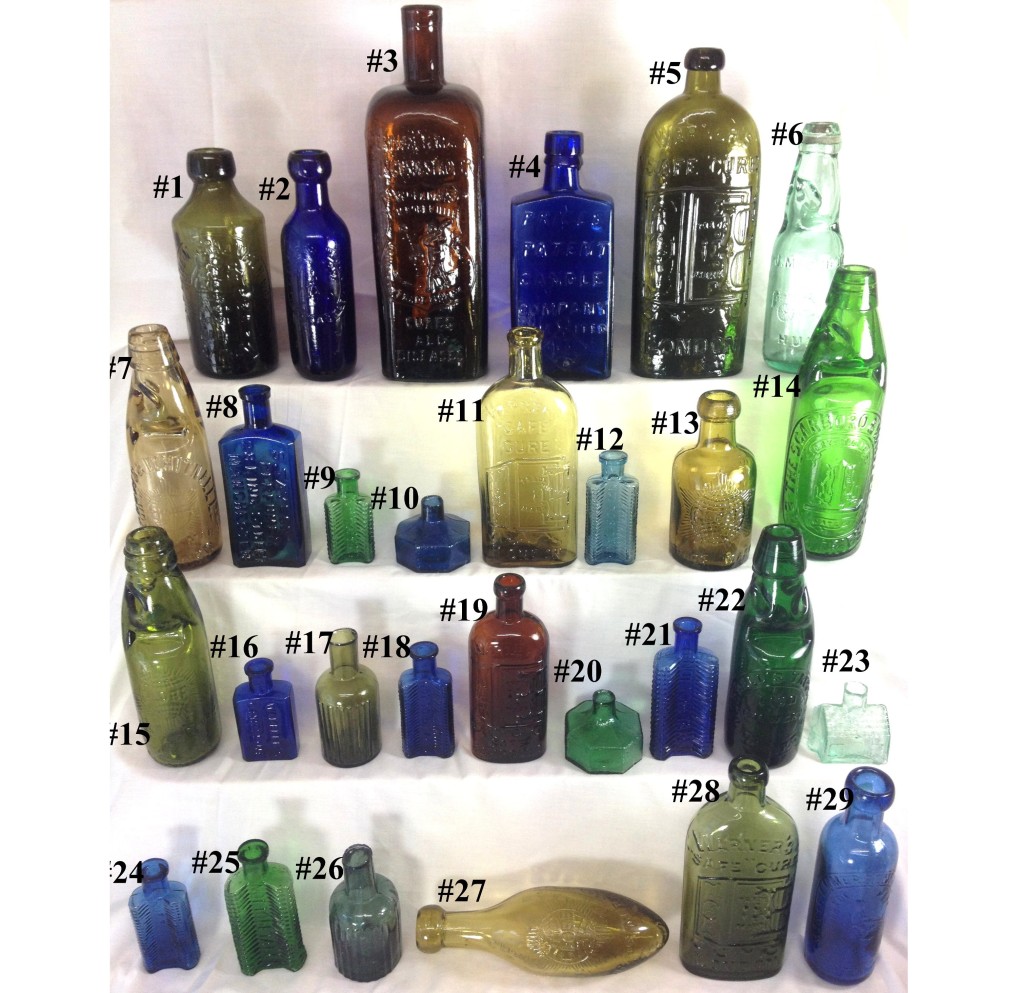 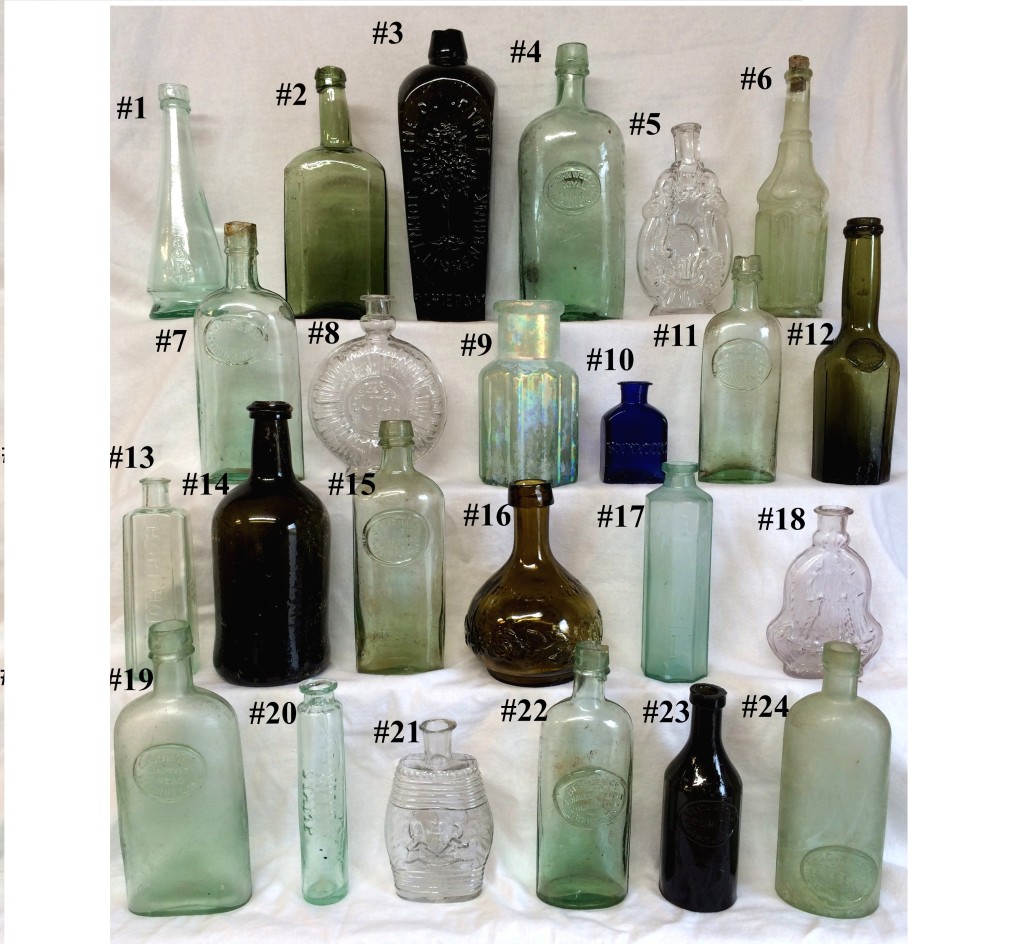 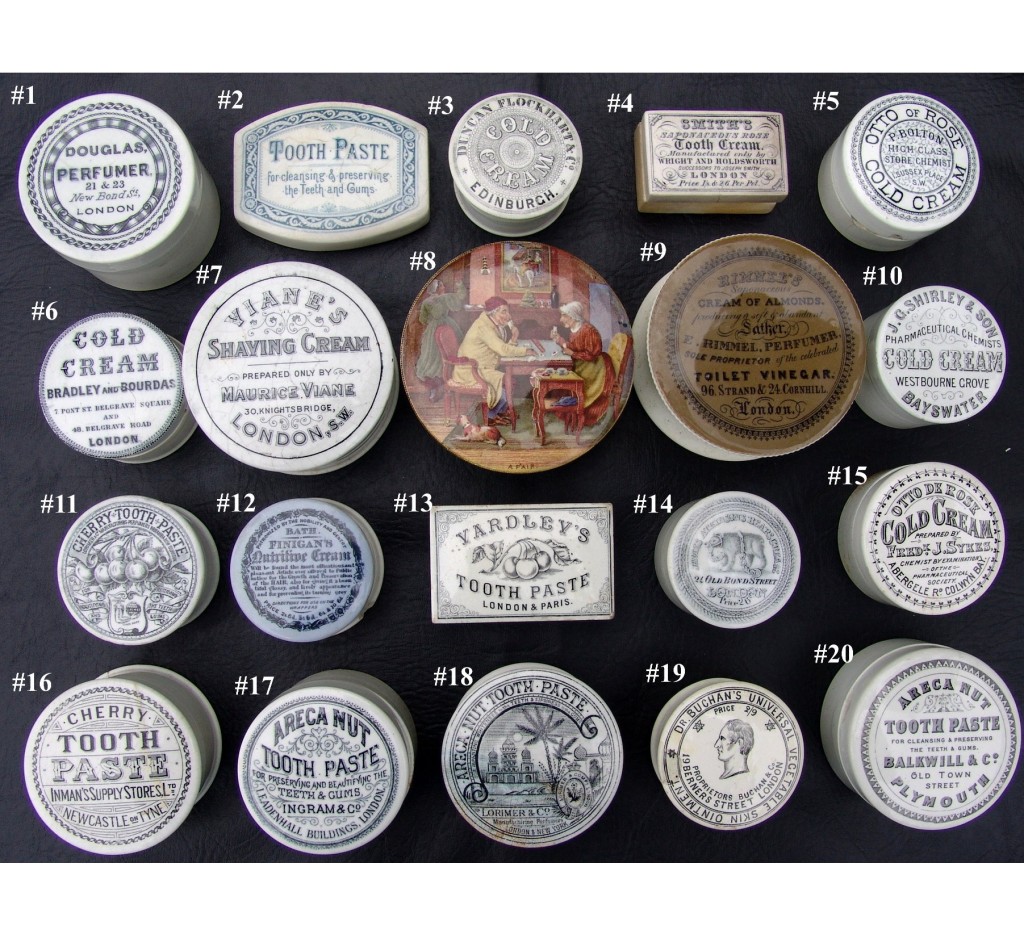 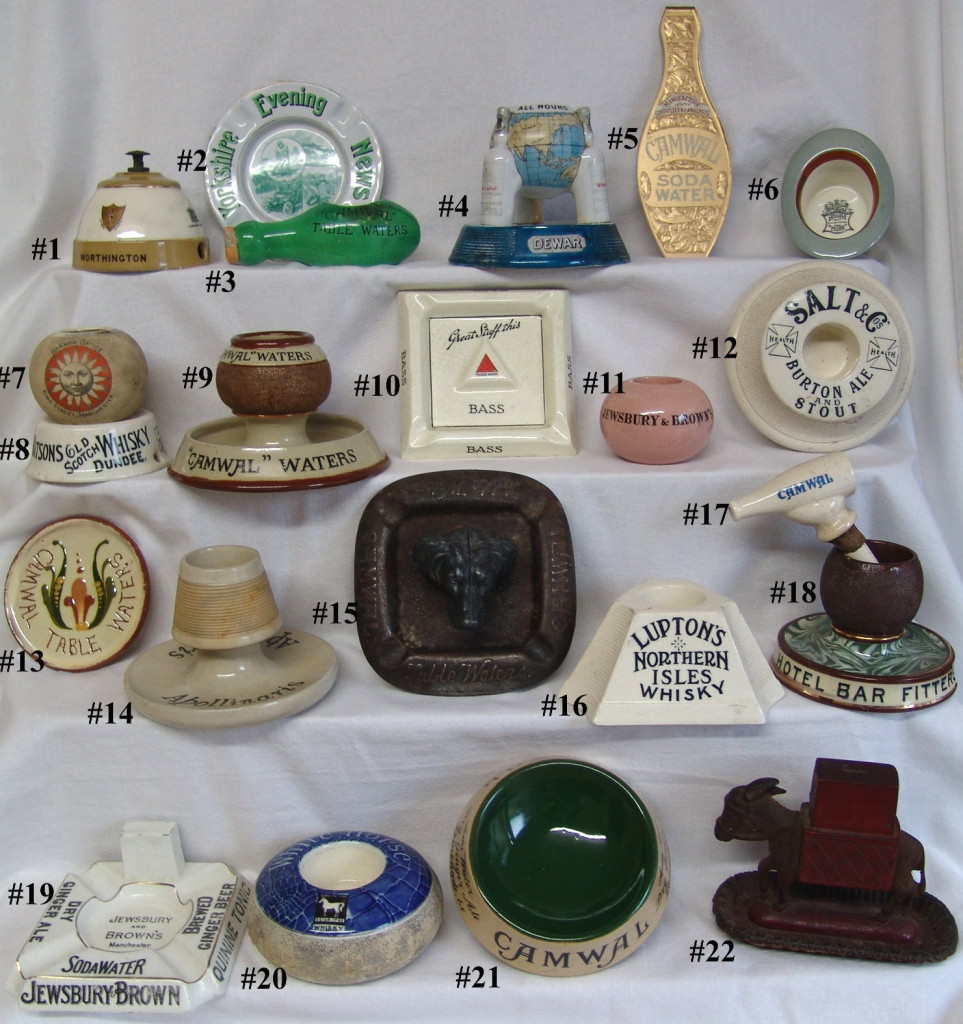 I started collecting in 1974, scouring the foreshore in Cornwall looking for buried treasure. I also had an interest in metal detecting after my uncle brought one of the very first metal detectors over from Canada in 1975 – It was a steep learning curve as no-one else seemed to share my interest, that is until I saw a book on the subject by Edward Fletcher and I was completely hooked from then onwards – I joined the Cornwall Bottle Collectors Society (CBCS) in 1977 and even had my own bottle and collectables shop in Marazion, Cornwall from 1997-99….

Now 45 years after that first day of collecting, I’m still as keen as ever and am one of the few full-time specialist bottle dealers in the country – I also collect various bottles and advertising signs (including the better bottles and pot lids that I dig and really cherish)

Row of coloured minerals from my collection 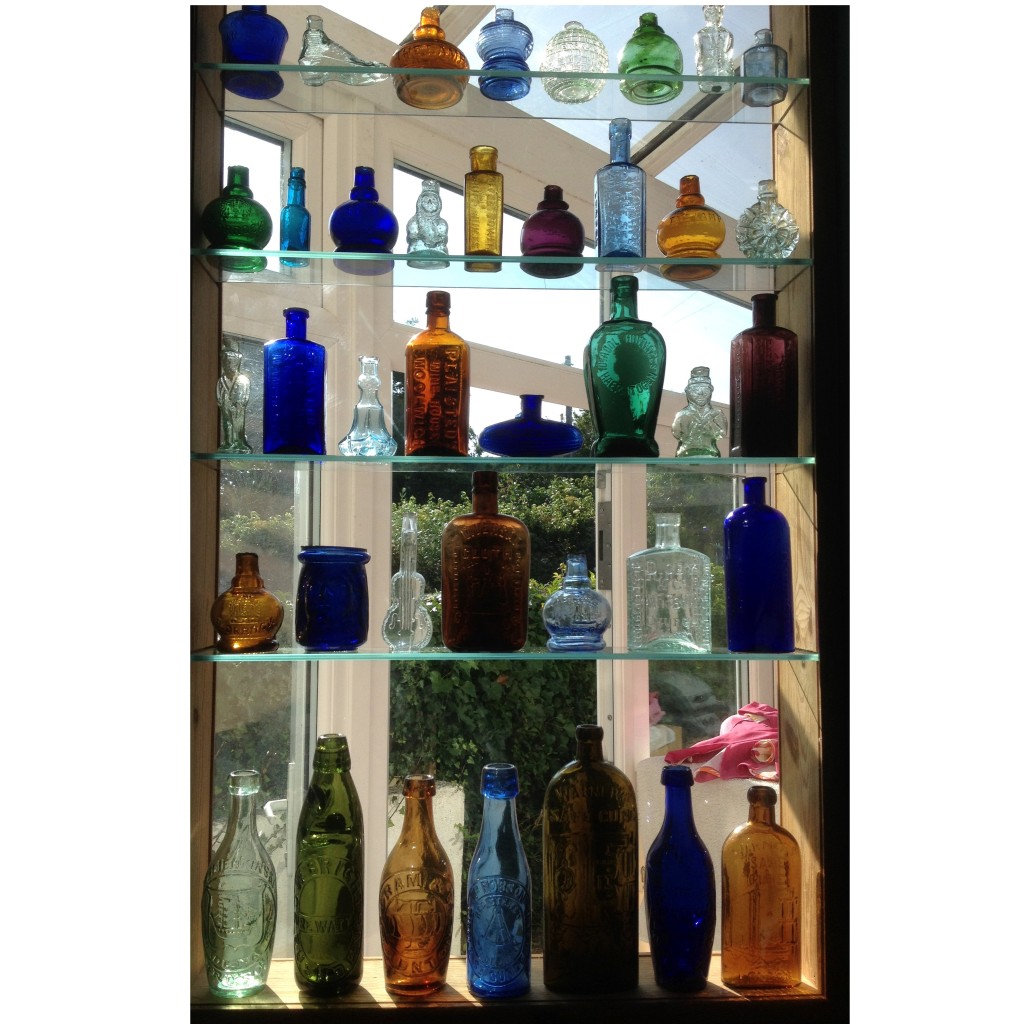 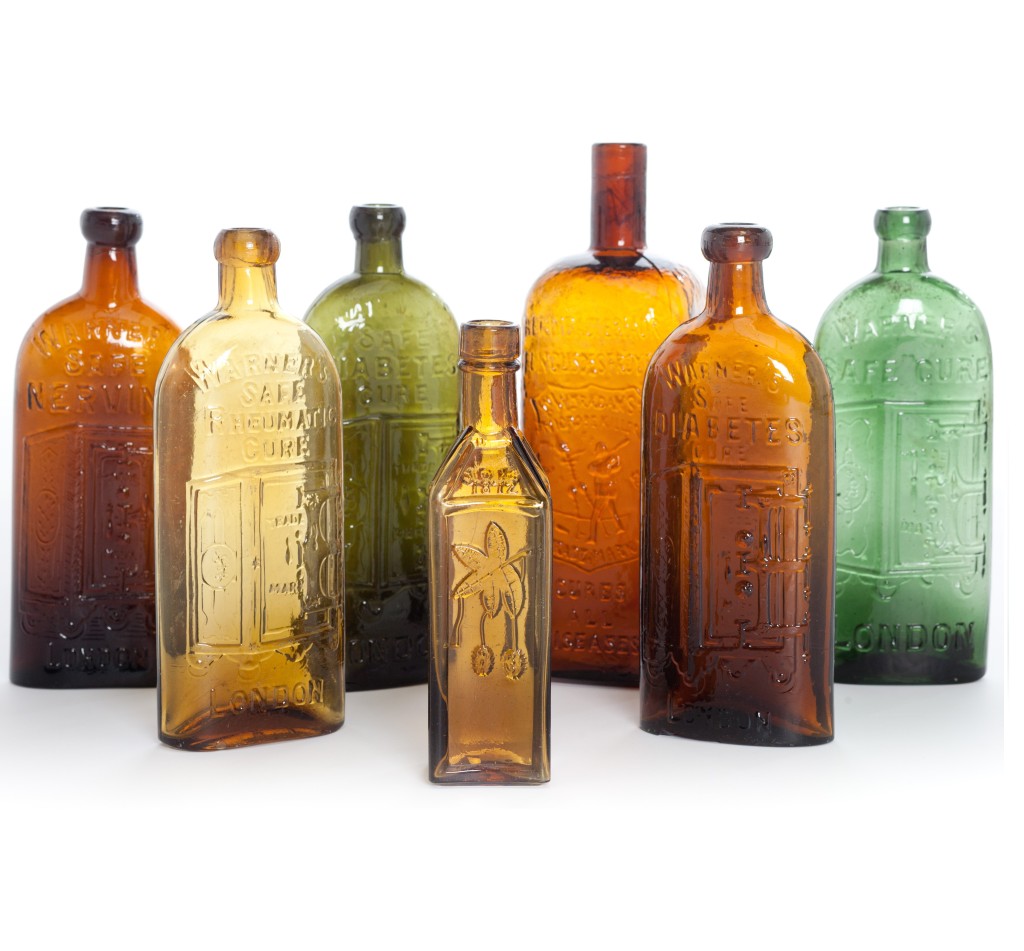 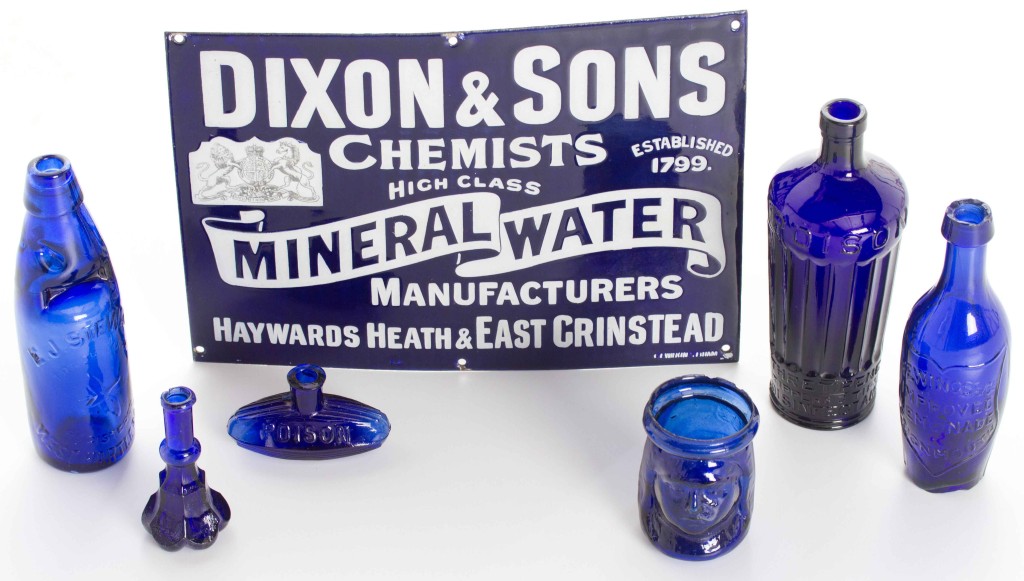 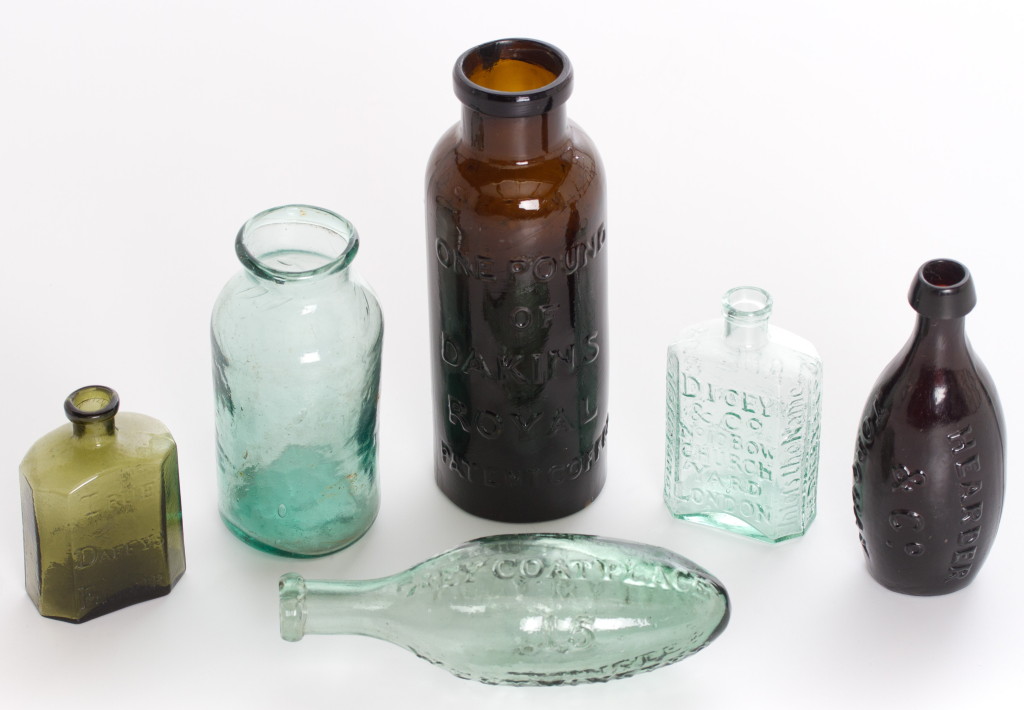 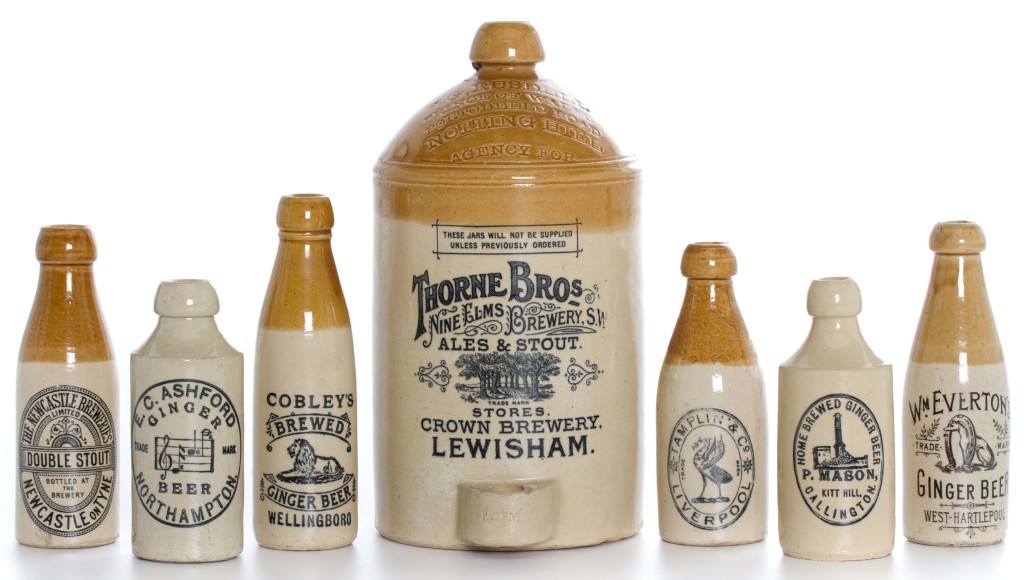 Collecting old bottles has taken me to various parts of the world (including Victoria, Australia and California, USA) and remote areas of Britain that I didn’t know existed – But it’s the recovery of these long-forgotten artefacts from old Victorian refuse tips that is the most compelling and exciting aspect of the hobby for me. You’ll find various reports on previous excavations on the ‘digging’ pages 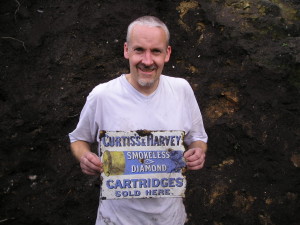 This enamel was unearthed from a very sparse tip in Cornwall that was in excess of 20ft deep! 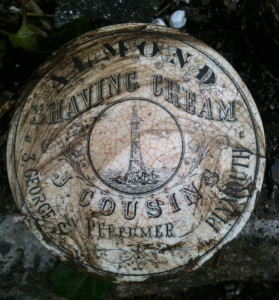 One of my favourite finds, that came out of the spoil heap upside-down and encapsulated in mud! 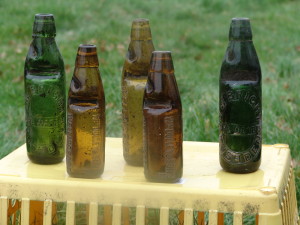 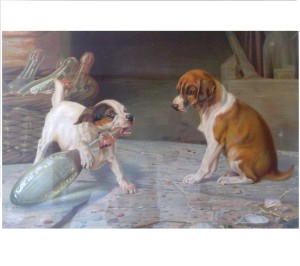 A Victorian print featuring inquisitive dogs and a Hamilton bottle! 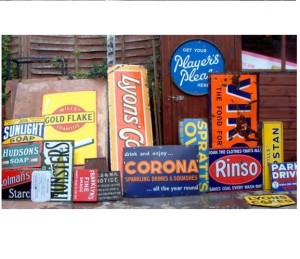 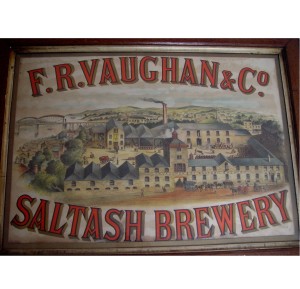 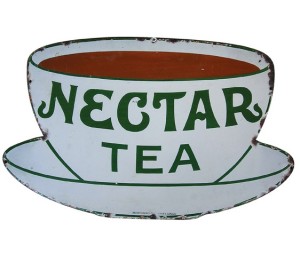